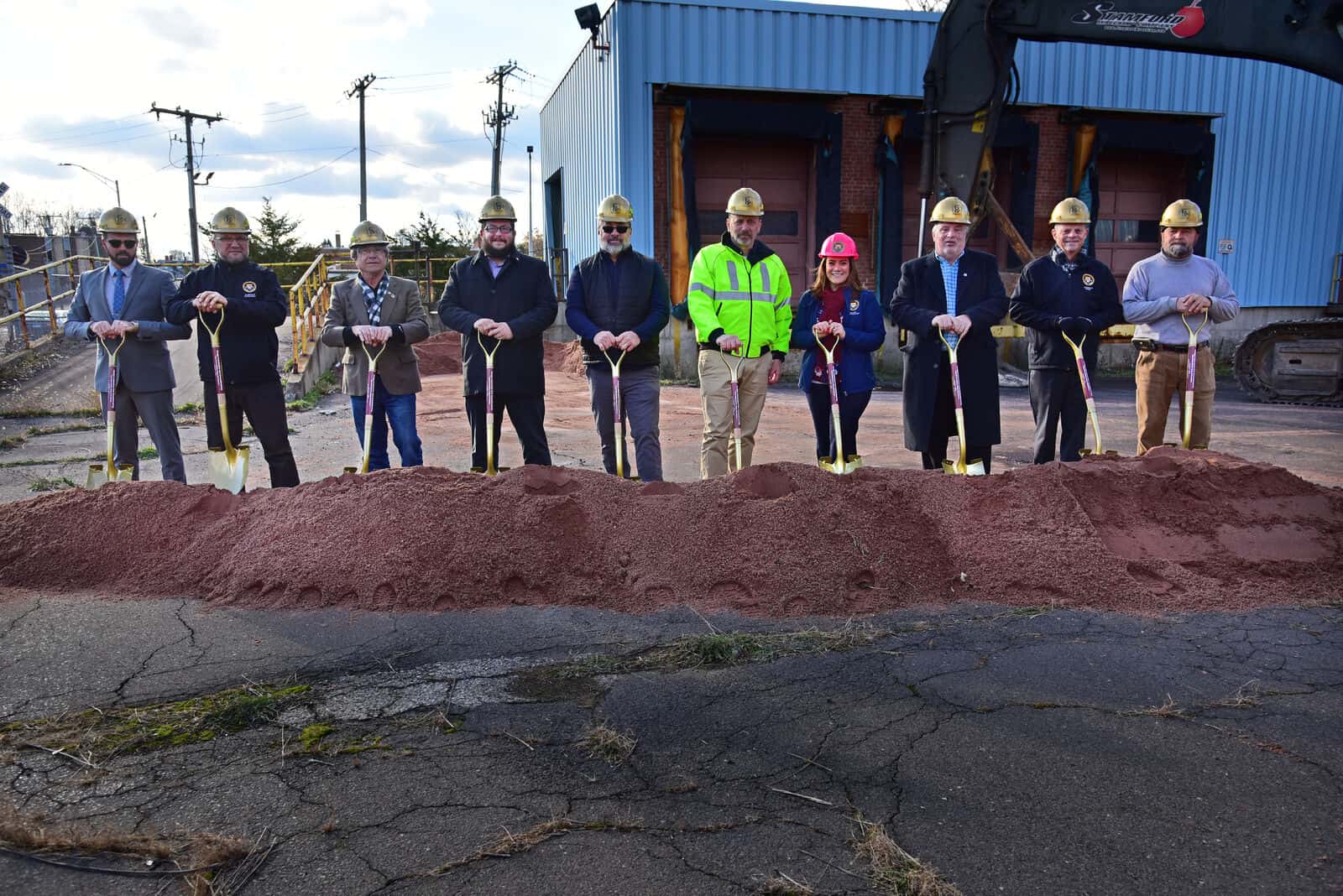 “We’re very pleased to announce that we’ve recently closed our transaction with Generate Capital and they will be owner and operator of the fuel cell project which is being built by O&G,” said Mark Wick, manager, of EIP Investment.

EIP Investment is a developer involved in the redevelopment of this site; O&G Industries will be the construction company for the project, and Bloom Energy will be making the fuel cell units.

“Construction, or more appropriately demolition, has started on the project which means that tax revenue for the city and job creation has also started on the site; much better than empty buildings,” Wick said.

When Stanley Works operated out of these buildings the area used to be a thriving hub of activity for decades.

“While they are certainly iconic, this site has unfortunately been vacant since the early 1990s,” Mayor Erin Stewart said. “We are starting to see a resurgence of the Myrtle Street corridor and this project will play a major role in making sure that continues. You may have heard me say that New Britain is experiencing a metamorphosis unlike anything in decades and that the transformation can be felt in almost every corner of our city. Well, this movement that we’re celebrating today epitomizes that sentiment perfectly.”

The first phase of this project, which officially kicked off, focuses on providing clean energy to the electrical grid while laying the groundwork for major economic development through the installation of a 20-megawatt fuel cell power plant.

“80,000 square feet of the blue building you see behind me will be completely demolished to make room for 67 hydrogen fuel cell units from Bloom Energy, which is based in California. That means that this is an all-American-made project,” Stewart said.

These fuel cells are efficient and capable of generating up to 300 kilowatts per unit. They generate energy without combustion through the use of an ultraclean electrochemical reaction.

“By itself, Phase 1 is impressive in its scale and scope, as well as the ingenuity of its design,” Stewart said. “That being said the truly exciting aspect of this project is its potential to serve as the foundation for transformative economic development in New Britain, creating over 600 new jobs in the first year and generating nearly $250,000 in tax revenue each year over the next 20 years.”

According to Stewart, if all goes as planned the fuel cell farm will take about two years to install with the completion being sometime in the first quarter of 2024.

“These fuel cells being here will ensure that this entire area is primed for innovative redevelopment that will contribute to the revitalization of this area and the entire city well into the future,” Stewart said.

Wick said EIP is committed to seeking redevelopment opportunities for the remainder of the site working with their partners to develop the additional parcels consistent with the goals of the many stakeholders that are involved.