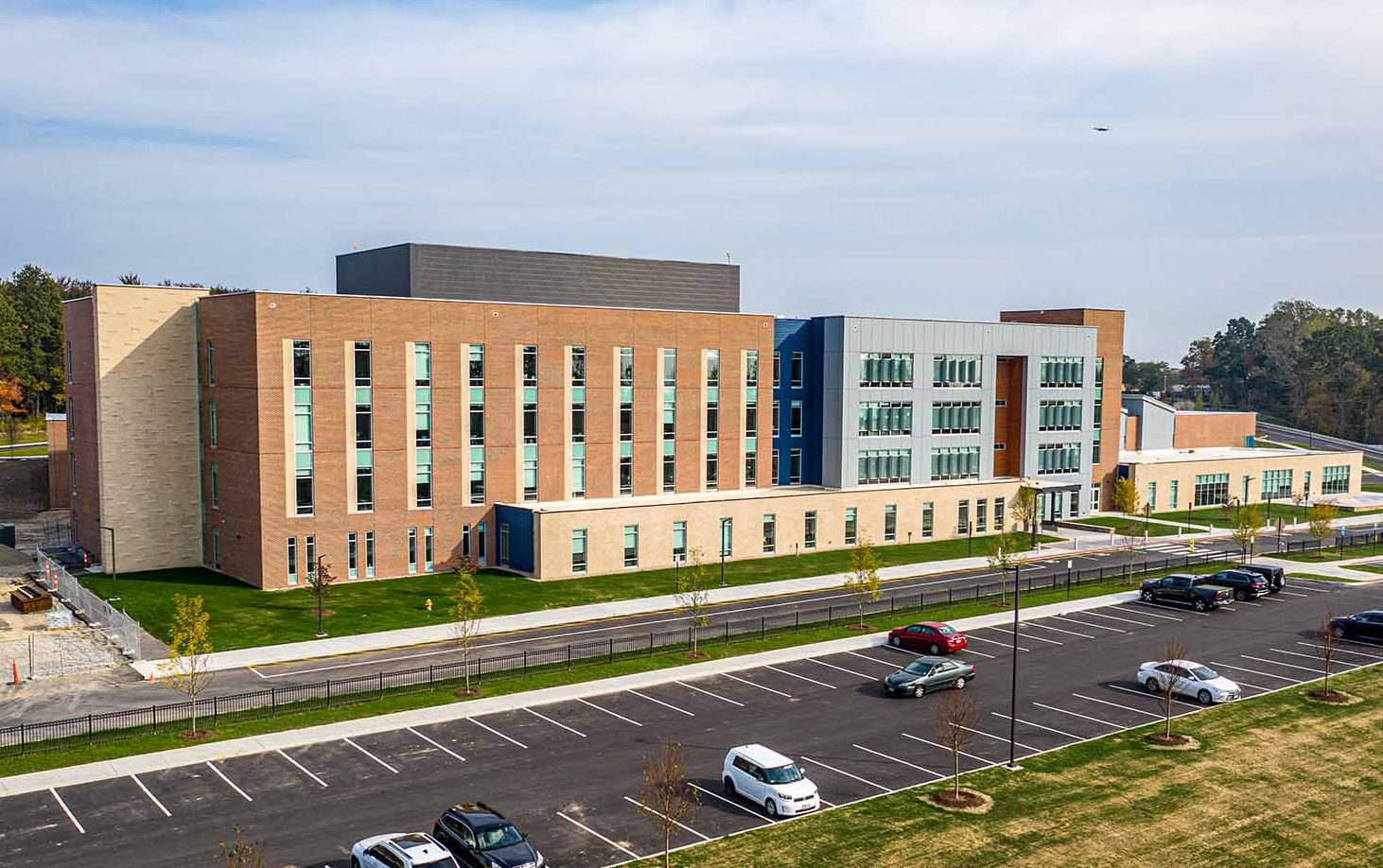 “Mystic River Magnet School, welcome aboard!” said art teacher Jake Sullivan, who was playing music as a DJ while students got out of their parents’ cars or arrived by bus on the sunny morning.

Nancy Mello Miller, who was dropping off her 6-year-old son Noah, said the return to school was exciting, with the music and balloons, and teachers cheering as kids got off the bus.

“I got a little teary-eyed because it’s such a welcoming environment,” said Mello Miller, who appreciated that the kids, who were likely all nervous about the first day, were being celebrated.

With the first day of school likely to be hectic for everybody and kids nervous, the staff at the new play- and ingenuity-themed school decided to have the music and balloons and staff outside greeting kids to make it really welcoming, Principal Steven Wheeler said.

With the two new elementary schools, as well as the transformation of the existing Charles Barnum Elementary School into a themed magnet school this year, all five of Groton’s elementary schools are intra-district magnets schools.

The elementary schools follow the same core curriculum, but each has its own unique theme for enrichment programs and opportunities, Austin said. Groton students can either go to a school in their neighborhood, or apply through a lottery process to attend school in another part of town.

Mystic River has an Active Exploration — Play and Ingenuity theme, while Thames River has an environmental and marine sciences theme. Charles Barnum has a Discovery — Creativity and Curiosity theme. Northeast Academy Arts Magnet School and Catherine Kolnaski STEAM Magnet School already were themed magnet schools and will continue as such.

Genevieve Kueter and sons Frank, 8, and Johnny, 10, who both were excited to start at the new school, live nearby and are able to walk from home.

Kueter said it’s nice that they’re right here and in a new school, with a nice new playground. They used to attend the former S.B. Butler School and some of their buddies will be going to different schools, but they will still see those friends during soccer.

The district has consolidated all its preschool and prekindergarten programs into the two new buildings, with both schools serving pre-K through fifth grade.

Nylah Greaves hugged her 3-year-old son Novah Greaves-Tyson as he was about to begin prekindergarten.

“My heart is breaking but I’m also filled with so much joy to see him take this next step in his life,” she said after he headed into the school with a staff member.

She also said she was terrified because of COVID-19, but she said everyone was wearing masks and she trusted the people at the school.

“I’m excited for this school year,” she added.

Kindergarten teachers Beth Horler and Katie Whitten, who previously had taught at S.B. Butler are now teaching at Mystic River Magnet School, said they were looking forward to the start of the school year.

They both were excited to have all students in school five days a week right at the beginning of the school year, so they can build the full classroom community and have students in-person bonding right away. Last year, the school district had hybrid learning before later transitioning to in-person learning.

“We’re really excited to have the kids in person this year,” Whitten said.

“We’ve been waiting for this for a long time,” said Horler, who also is the president of the Groton Education Association. “It’s kind of surreal.”

Read the original story on The Day (https://www.theday.com/local-news/20210907/groton-students-start-new-school-year?fbclid=IwAR2SyFt2VfRwvjE53HvTtmH1RnL9PKED7aqFSgzbesqRbv7mgxkDxEyry_g).

*O&G’s Building Group served as the Construction Management for the construction of the new Mystic River Magnet School in Groton, CT.